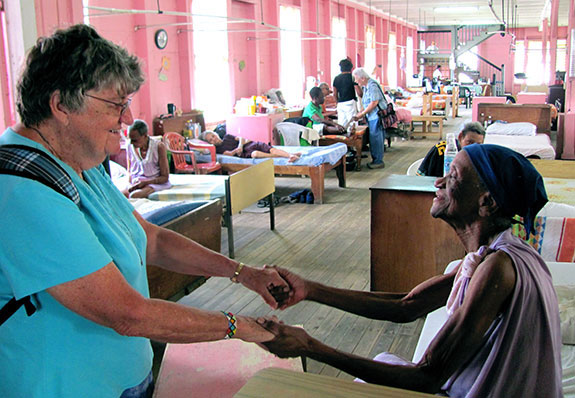 “The Salient Features of this life-form, deriving directly from that of the pre-Easter Jesus himself, include a total, lifelong consecration to God to the exclusion of any other primary life commitment; the integration of a contemplative life of personal and shared prayer with a whole-hearted commitment to full-time public ministry in service of the reign of God”
(Sister Sandra Schneiders, IHM)

Early forms of religious life were predominantly monastic and contemplative. As Christianity became more acceptable in the Roman Empire and thus more mainstream it began to be incorporated into the general culture. People who wanted to live out their Christianity in a more radical expression left the relative comforts of ordinary daily living and went into the desert to seek God in prayer. This was not a running away from the realities and struggles of life but rather taking that life of the world into the heart of prayer; the heart of God as do our wonderful contemplative communities today.

Over time, however, various and different expressions of religious life evolved in response to a sense of new call, the developing understanding and role of the Church, and in light of the urgent needs of society. What is a constant in our understanding of all religious life, however, is that it reflects a desire to live in a way that is a radical following of Jesus Christ in a life of self-giving love that is a response to God’s love for us.

Apostolic religious life (sometimes called ministerial religious life) includes communities of women (sisters) and men (brothers or priests). In the 16th century in light of peoples’ great needs in the face of poverty, both literal and spiritual, violence, sickness and ignorance there was a powerful impetus among many men and women to move from more cloistered religious life out into the world to serve in the name of Jesus Christ, living out the Gospel in the world. Despite initial institutional difficulties and often great suffering and misunderstanding these new apostolic communities were established in the Church with their own characteristic spiritual focus. They served as priests bringing the Sacraments to parishes and comunities in harsh times, sisters, brothers and priests established schools, hospitals, homes for the poor and served on the missions bringing the Good News of the Gospel to many worldwide. 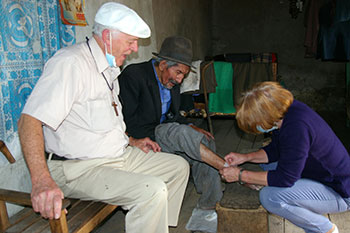 The Second Vatican Council called on these communities to both return to their biblical roots and founding spirit and to foster greater engagement in the modern world. They were to “read the signs of the times” and to respond with all their gifts. Some continued to work in their traditional ministries that continued to be important, others, as Sister Sandra Schneiders IHM, points out in her article, “Discerning Ministerial Religious Life Today” moved into needed new ministries. Today we find women and men apostolic religious serving in poor inner-city parishes, working with at-risk youth, empowering women, serving in a wide range of health care professions, caring with and for those who often marginalized; those struggling with mental health issues or with AIDS. Some religious are working as immigration lawyers, policy advocates, addressing issues of human trafficking, teaching language skills to new arrivals in their countries, serving in partnerships within non-governmental agencies, addressing homelessness and the increasing divisions between rich and poor in our societies. Others minister as retreat directors and spiritual directors or pastoral counselors. They are scientists, artists, theologians. More recently religious have committed to Earth literacy programmes and ecological initiatives in the context of environmental destruction and its related impact on the poor in a global context. All of these apostolic activities, among many more, are carried out in the light of the Gospel. They are witness to God’s great love. The root of all these activities continues to be prayer. In this is the source of their gifts and of their action. They are “contemplatives in action”; their lives a balance of prayer and action.

What a wonderful life of love, fulfillment, joy and deep commitment! It is a life that reflects a special aspect of the mission of the Church as expressed by Pope Francis when he said “I would like a Church that is poor and working for the poor.” Perhaps you feel called to such a life? Why not explore the possibilities?