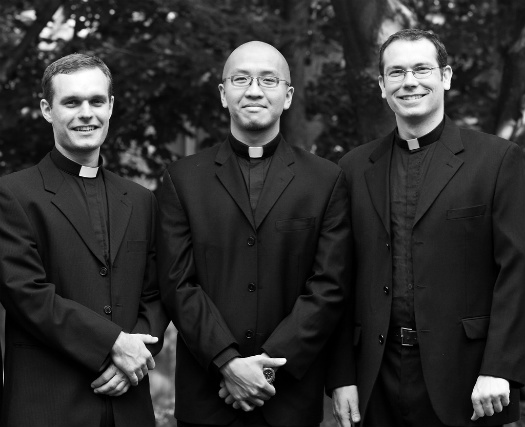 For over 450 years Jesuit priests and brothers have served the Church in new and unexpected ways. We are men on the move, ready to change place, occupation, method — whatever will advance our mission in the Church. We are expected to do anything or go anywhere to teach Jesus Christ and preach his Good News.

Together Jesuits and lay partners place ourselves in the presence of the God who created all people. We are committed to the service of faith, and this requires that we promote justice, foster dialogue between cultures and religions, and lovingly care for those the Lord puts on our path.

The Society of Jesus was founded in 1540 by St. Ignatius Loyola, a Basque nobleman and soldier, and seven of his companions, who placed themselves at the disposal of the Pope for the service of the Church wherever the need was greatest. St. Ignatius of Loyola, described the vocation of a Jesuit as the following:

To strive especially for the defence and propagation of the faith and for the progress of souls in Christian life and doctrine, by means of public preaching, lectures and any other ministration whatsoever of the Word of God, and further by means of retreats, the education of children and unlettered persons in Christianity, and the spiritual consolation of Christ’s faithful through hearing confessions and administering the other sacraments.

Moreover, he should show himself ready to reconcile the estranged, compassionately assist and serve those who are in prisons or hospitals, and indeed, to perform any other works of charity, according to what will seem expedient for the glory of God and the common good.

Today, the Jesuits continue to live out that same charism of bringing Christ to the world. In 2019, our Superior General, Fr. Arturo Sosa, announced the four general apostolic priorities of the Jesuits for the next decade:

Today there are 15,500 Jesuits serving the Church in 112 nations on six continents. There are around 250 Jesuits in Canada, serving from coast to coast, in both official languages and in many other languages as well.

“You can find Jesuits, true Jesuits, in every region, in every color, in every activity. I think that is a sign of the Church for the world. What unites us all in our diversity is our connection with Jesus and the Gospel, and that is the source of the creativity of the Society and of the people with whom we share the mission.” – Very Reverend Arturo Sosa, SJ, Superior General