How am I being called? » Stories » Prune Cookies: Sister Mary Jo Radey 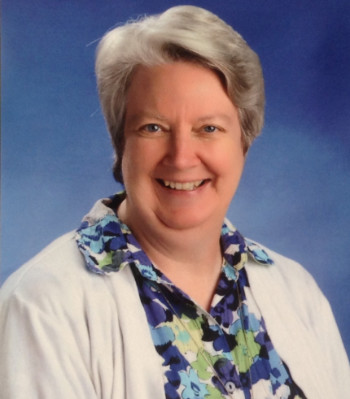 I never knew I was going to be Sister of St. Joseph!! I was always figuring I’d be married with five kids by now!! But that was not the way the cookie crumbled! I’m not sure how it came to turn out so crazy but I’m sure glad it did… I’d pity my husband and kids!! And boy, do I love to be a CSJ!!

I guess things started to get a little tense around second year university, when I was paying a lot of money for an education that didn’t seem to be going anywhere. I was getting a general Arts degree that would seemingly only be good as a prelude to being a teacher… and I NEVER wanted to be a teacher!! I would never have the patience required to teach… I knew that for certain when everything else was so uncertain.

Then one day on my way to class with a friend, we were talking about some of our mutual friends from a common Youth Group we attended, when all of a sudden she turned around to me and said, “You know what Mary Jo? You’re gonna be a nun!” I never knew where she was coming from with that statement, but I sure took it as an insult… some friend, I thought, denigrating me to live the life of a shrivelled up ol’ prune!! (You see, I didn’t know any real nuns, so this stereotype image was all I could envision!) I got so angry with her, I stomped off to class without her and went about my life… except that comment kept haunting me… “You’re gonna be a nun.”

I had to stop being so angry about the perceived insult and start figuring out why it was staying with me… I had to check it out. At that time there was a Sister working in our Parish; she was a lot of fun and really approachable, so I took a chance and called her. She knew me from the Youth Group but we had never worked together and when she took my call she went for the obvious, “Got a problem with your boyfriend?” Gulp, “Nope, it’s about the other end of the scale!” So she had me come in to see her to explain that being a Religious was not about being a dried up ol’ prune… in fact, for those for whom the lifestyle fits, it is a source of unending delight and pleasure. The trick to the figuring it all out was to learn to pray… really pray… not just say my prayers, which had kept me in good stead for over twenty years at that point, but to start to listen to what God was saying to me.

So I began to take Spiritual Direction from that Sister and got to meet other Sisters of St. Joseph at the same time. I discovered them to be a fun-loving group (who loved to party just as much as I did), who lived diverse and meaning-filled lives. My aimlessness during university started to dissipate as I began to imagine what life might be like with these ladies. I entered the Congregation as I completed my degree two years later, whereupon it was discovered that I indeed did have the gifts to be a teacher… and have had buckets of students ever since for whom my patience never ran out!!

Never say never… no corporeal husband, but a Beloved who loves me unconditionally and constantly surprises me with gifts… .no kids of my own, but thousands and thousands of young people who have lived community in my classroom in ways their own parents would never know… .and as for that terrible insult of being condemned to a life of desiccation… .it was the greatest blessing I have ever received… .and I haven’t met a dried up ol’ prune yet!!!!!! You never know which way the cookie will crumble!

» How am I being called?
» Listening To The Still Small Voice
» Discerning My Vocation
» What me? A Religious...?
» Scripture and Discernment
» Prayers for Discernment
» Additional Prayer Resources
» Helpful Readings
» Further Discernment

» What is Spiritual Direction?