Types of Vocations » Consecrated “For Life”: The Vocation To Religious Life

Consecrated “For Life”: The Vocation To Religious Life 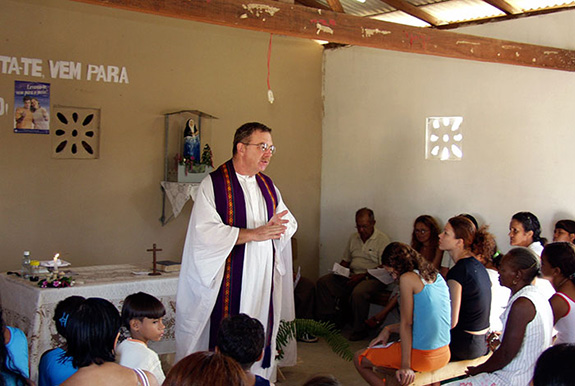 “In modern cultures that value efficiency and success, the humility and poverty of religious life are “Gospel signs of contradiction” ensuring that religious can empathize with and become a voice for the voiceless”
— Pope Benedict XVI: February 4, 2013

“It’s a bit radical isn’t it?” Well, “yes” consecrated or religious life is meant to be radical in many ways. Especially in today’s world it seems a bit “out there”. But that has always been the case. In the early Church just being a Christian could lead to persecution or even death. Then things settled down a bit. Christianity became part of the existing culture. As that change happened some men and women felt drawn to living their faith in a particular and more radical way. They withdrew to the desert to spend time in solitude and prayer moving more deeply into relationship with God alone while embracing others, the whole world, within that primary relationship of prayer and love. This was the seed bed of consecrated or religious life.

Gradually, over time, communities of such people developed – religious orders. Even later some of those orders or communities moved back into the heart of society in order to serve the poor and others in need. New communities formed. Within recent years religious life has continued to evolve but the call remains the call of the heart to follow Christ as closely as possible through the making of religious vows in a particular religious community.

Members of religious orders, men and women, “religious” as they are called make vows that free them to love in a particular and celibate way and to follow Christ with an undivided heart. Most religious make three vows, poverty, chastity and obedience. Click to read more about religious vows. There are religious sisters, brothers and priests. 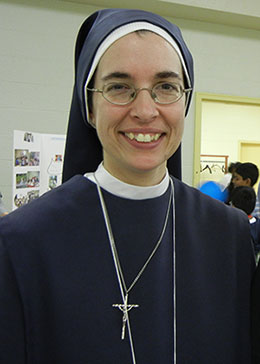 A person discerning if religious life is their particular vocation soon discovers that there is a wide diversity of forms and ways of living religious life today. There are religious who are known as apostolic or ministerial religious, that is, those who live and work within the mainstream of society. Others live apart in communities dedicated to a contemplative, silent life but who like their desert “ancestors” embrace and contribute to the wider world through their primary life of prayer. Click here to learn more about contemplative religious life.

All religious are called to live in community in various ways supporting one another in prayer, in ministry, and in mutual commitment to each other and to those whom they serve. As in any life, religious experience the challenges, adventures, joys and sorrows of “being human”. Each religious community is called to witness to a particular way of following Christ according to their special spirit or what is called their charism.

Some religious wear special clothing called a habit while others express their spirit through identifying in dress with those with whom they live and serve. What matters most is what is in the heart of each religious expressed in love for God and God’s people.

Religious life continues to be a vibrant, joyful, loving life commitment of importance and value to the Church and in society. As Sister of St. Joseph, Ann Marshall says: “Religious life is a journey to intimacy with Holy Mystery which changes life into 3D seeing all of creation. It is a call to self-emptying love and service.” Could this be your call? You are invited to explore the possibilities!