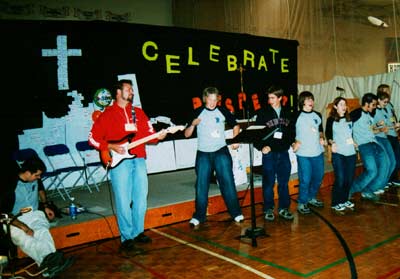 The Archdiocese of Regina, situated in the Southern part of Saskatchewan, serves some 130,000 Catholics in approximately 170 faith communities or parishes under the leadership of the Most Rev. Daniel Bohan, seventh Archbishop of Regina. The diocese came into being in 1910, when it was carved from the Archdiocese of St. Boniface to serve the new province of Saskatchewan. Its ethnically diverse population is thinly spread over the prairies that extend from the Manitoba to the Alberta borders. Its priests, also drawn from a variety of countries and cultures, serve far-flung congregations. In a society that was traditionally agricultural but now experiencing a de-population of the countryside, ministry presents its own challenges.

Visioning for the new millennium led to a “Vision Quest” which engaged the people in a dialogue that would help identify our priorities and goals for the future. Parishes are now focusing on particular actions related to the primary areas of pastoral concern which were identified: Faith Formation and Education, Communication, Support of the Community of Faith and Demographic Changes. The theme of the Vision Quest, “Listening to Many Voices; Hearing One Spirit” has called us to be the Living Gospel, to live out more fully our Baptismal power, and to re-vision the way we are Church in the Archdiocese of Regina.